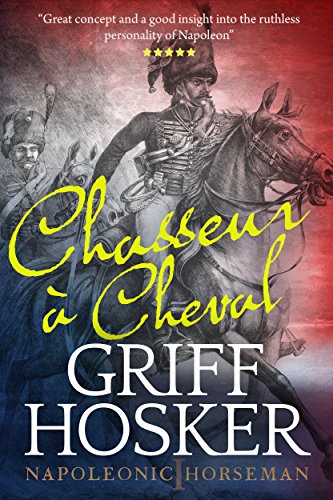 “I was born Robbie Macgregor. To many people, I am a traitor. To the French people I grew up with, I certainly was. To the English I fought for, I probably was and to my Scottish relatives? I suppose it depends to whom you spoke. I take no blame for any of this; it was all an accident of birth and of death.”Robbie Macgregor is the bastard son of a French Aristocrat and a Scottish servant. Unwanted by his father and finding himself without wealth and power, he is still despised by the masses. Forced to join the French army to avoid the guillotine, his new career gives him chance to be reborn. As a Chasseur a Cheval and through action and heroism, Robbie is involved with the capture of the Dutch Fleet on the Texel and the conquest of Malta, catching the eye of a young French General, Napoleon Bonaparte, who is quickly rising to power.The fast moving and action packed book follows the early days of the French Revolution and Napoleon Bonaparte’s rise to power and campaign through Italy, through the eyes of a young cavalryman.Book 1 in the Napoleonic Horseman series.