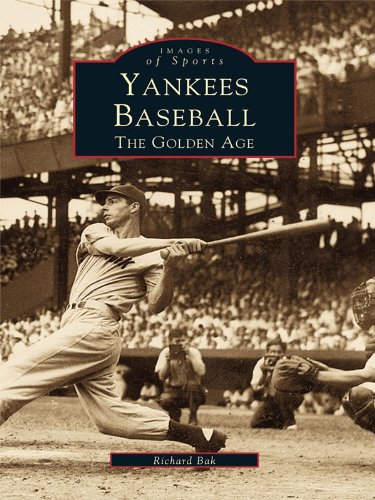 Between 1920 and 1964, the Bronx Bombers dominated the
game of baseball. It was a time when baseball players enjoyed an elevated status as national icons, a time when men wearing baggy, flannel uniforms and sporting pancake gloves played for little more than “the love of the game.” In this striking and nostalgic volume featuring many rarely seen photographs, we meet the heroes that were the New York Yankees. The Yankees won 29 American League pennants and 20 World Series during this golden era, their diamond exploits thrilling generations of fans and their statistical achievements becoming familiar numbers in the lore of the game: Babe Ruth’s 714 home runs; Lou Gehrig’s 2,130 consecutive games played; Joe DiMaggio’s 56-game hitting streak; Casey Stengel’s 5 straight world championships; Mickey Mantle’s 565-foot home run; and Roger Maris’s 61 round-trippers. The tradition of excellence began in the 1920s with the Murderers’ Row teams, named for their “killer” batting lineups, and continued through the early 1960s, by which time the Bronx Bombers had established themselves as the most successful franchise in sports history.