Stroke: From Under the Mattress to Out in the Open por Hunter O'Hanian,Robert W. Richards 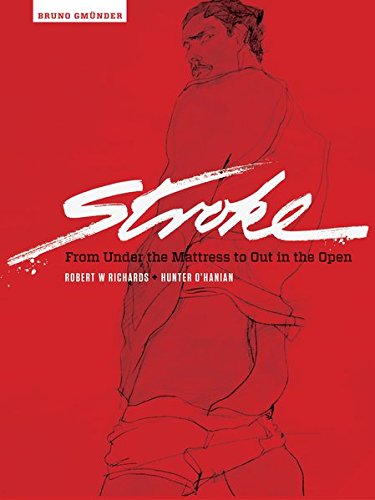 Titulo del libro: Stroke: From Under the Mattress to Out in the Open

Hunter O'Hanian,Robert W. Richards con Stroke: From Under the Mattress to Out in the Open

Reseña del editor This volume is a historic retrospective of the erotic illustrations published in US magazines from the 1950s to 1990s. Although they were freely available, their often closeted readers put them under their mattresses. Stroke rediscovers these treasures and puts them together with vividly told stories and previously unpublished material. The book was composed by Hunter O'Hanian, director of the Leslie-Lohman Museum, and artist legend Robert W. Richards. It features works of over thirty artists, among other luminaries such as Tom of Finland, Harry Bush, Michael Kirwan, and George Quaintance. Biografía del autor The New York multi-talent Robert W. Richards started his career as an illustrator for the fashion world; his striking talents delighted the fashion stars in Paris and Rome. His clients included Yves St. Laurent, Valentino and Gaultier, among others. He drew portraits of Hollywood stars like Cher and Tony Curtis, and worked for years with gay publications like The Advocate and Mandate. Richards' drawings possess a high degree of recognition, thus making this book one of the most interesting new publications on the gay book market.